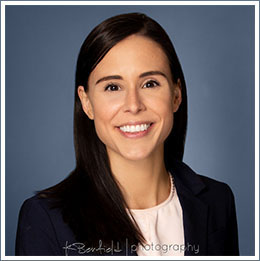 After obtaining her Juris Doctorate degree from Saint Louis University in 2015, Ms. Andrews began her career in Saint Louis, Missouri, advocating for clients in the areas of domestic litigation and criminal defense. She joined Dagner | Schluter | Mitzner |Werber LLC as an associate attorney upon her move to Denver in February 2017. Her practice concentrates in the defense of motor vehicle and premises liability cases. Ms. Andrews joins her colleagues at the firm in valuing an ethical, pragmatic, and investigative approach to litigation.

Ms. Andrews is licensed to practice law in Colorado and Missouri.